In January 2017, the DTL FAIR Data team delivered a FAIR data workshop at the Irish Health Research Board (HRB) in Dublin. “As one of the major research funders in Ireland, we value research data as an important output of scientific research. But we do not have deep knowledge about data stewardship. We learned that the Dutch team has conducted a lot of research on this topic and developed prototypical solutions and training materials so we asked them to come and explain the FAIR data principles to our stakeholders,” says Dr Annalisa Montesanti, programme manager at HRB.

The Health Research Board (HRB) is the lead agency in Ireland responsible for supporting and funding health research. Dr Montesanti: “We currently do not have an open data policy, but we started requesting data management plans in grant proposals in 2016, as a first building block to create awareness. With prominent organisations such as the European Commission, Wellcome Trust, NIH, and the G20 embracing open science and the FAIR data principles, we are now working towards implementation of FAIR data stewardship in our funding strategy.

So, we organised a two-day open science event in 2016, where Professor Barend Mons (DTL) was one of the keynote speakers. There, it became clear that it was beneficial to have additional discussions and to create awareness regarding some of the key recommendations from the recently published EOSC report. So, we decided it would be good to organise a workshop to help the research community, including researchers, funders and other managers and librarians, understanding how to increase the value of research data and implement the FAIR principles in the wider context of Open Science.”

Two-day programme
The DTL FAIR Data team worked together with Dr Montesanti to organise the workshop. The programme was somewhat similar to the FAIR data workshop that DTL organised for its partners in November 2016, with the first day offering a broad introduction to the FAIR data principles and the second day providing more technical details. Dr Montesanti: “We also organised a panel discussion on what HRB and other funders can do to progress the open science agenda. We would really like other major Irish funders to join us in implementing the FAIR data principles in their funding strategies.” 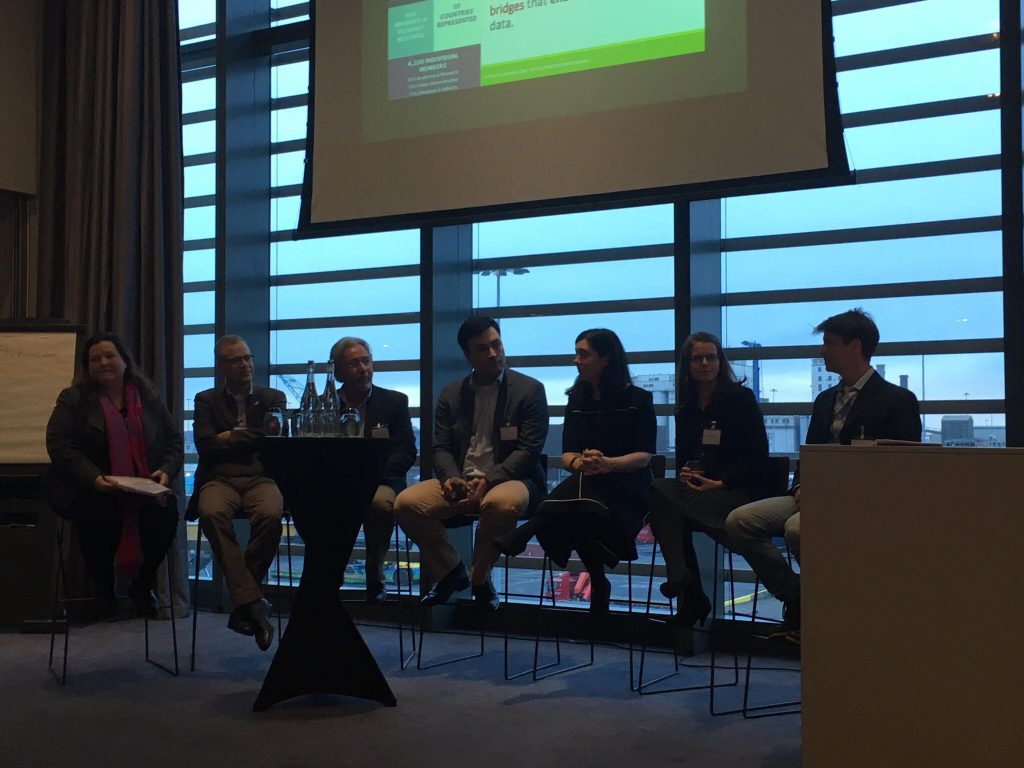 Well-received
Dr Montesanti: “Around 85-90 people attended the first day, including researchers, funders, representatives of research organisations and government departments, and librarians. It was definitely very successful; the workshop was very well-received. On the evaluation forms, people indicated that they were very positive about the topic and the timing of the workshop. And they want to understand more; some want to be trained further. We were delighted with the enthusiasm and the engagement of the audience.”

Follow-up
“I am now writing a report for the HRB executive team and Board, in collaboration with the DTL FAIR Data team.” Dr Montesanti strongly believes that testing the elements of an effective data stewardship process is key before making it a mandatory part of the research funding process. She wants to propose a realistic and stepwise plan on how to continue building awareness on the value of data sharing and reuse, provide skill training and guidance to the research community in open research data. “We would like people in Ireland to become aware of open science and to be trained in the FAIR data principles. To this end, we are proposing several follow-up actions. These may include a summer school to build awareness and train skills, and –in the longer term- a national-based forum. We also need to get other stakeholders on board,” says Dr Montesanti. She concludes: “It was a real pleasure to work with the Dutch team. There was a lot of expertise behind the workshop, including speakers, coordination, and communication. I am hoping for a continued strong collaboration.”