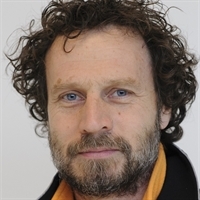 The proteomics facility at PRI has been established since January 2000. In the early years detailed differential protein analysis was performed by 2D-DIGE gel-electrophoresis, complemented with nanoLC-MS/MS for protein identification. However, as the resolution and sensitivity of modern nanoUPLC and mass-spectrometry (MS) equipment has increased with factors of 10 to 100, quantitative differential proteomics analysis of complex protein extracts is currently completely performed with nanoLC-MS procedures. Our particular focus and expertise lies in the separation of highly complex peptide samples by 2D-nanoLC on-line coupled to high-resolution MS analysis. Our data-processing and bioinformatics pipeline is optimised for, so called, label-free quantitative comparative LC-MS. This workflow results in up to a hundred thousand peak intensity data points per individual sample, complemented with several thousands of peptide identifications coupled to the quantitative dataset. Quantitative difference analysis between many samples, up to several ten folds, can be performed in order to select differential peptides that can serve as potential candidates in a biomarker discovery project. Complementing the previous non-targeted discovery approach we have set up targeted quantitative peptide analyses using triple-quad MS technology in order to provide higher throughput for e.g. biomarker validation projects. 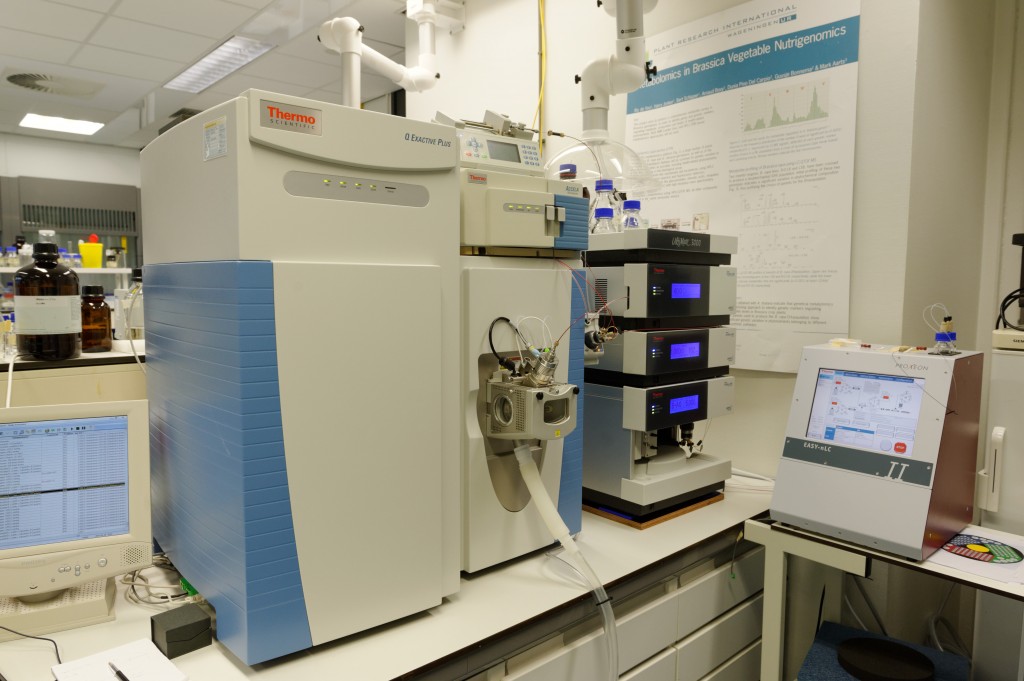 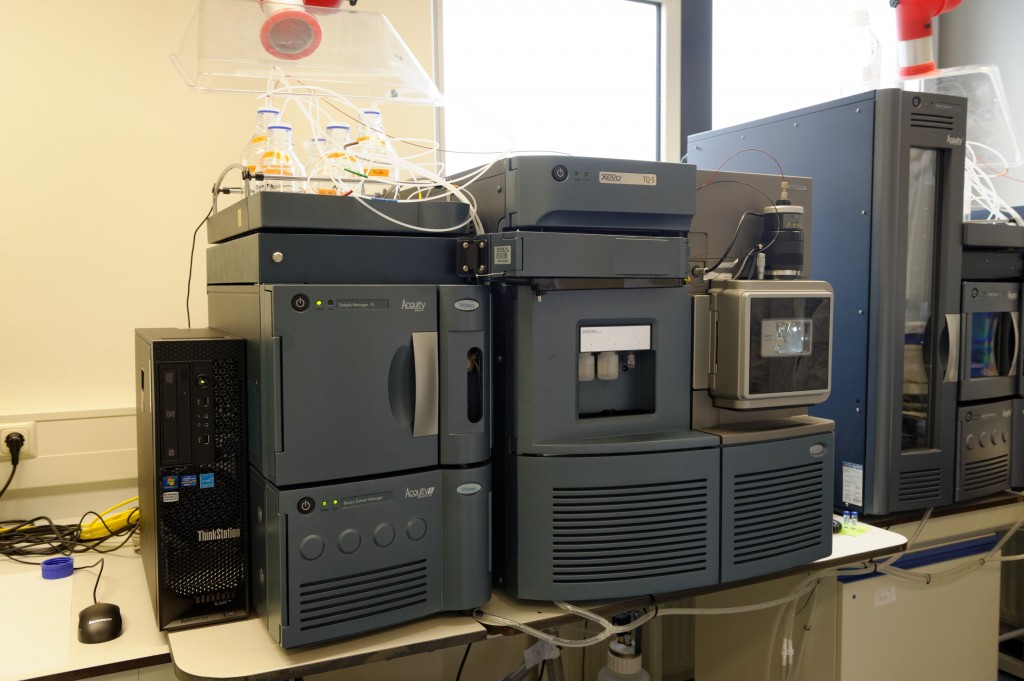 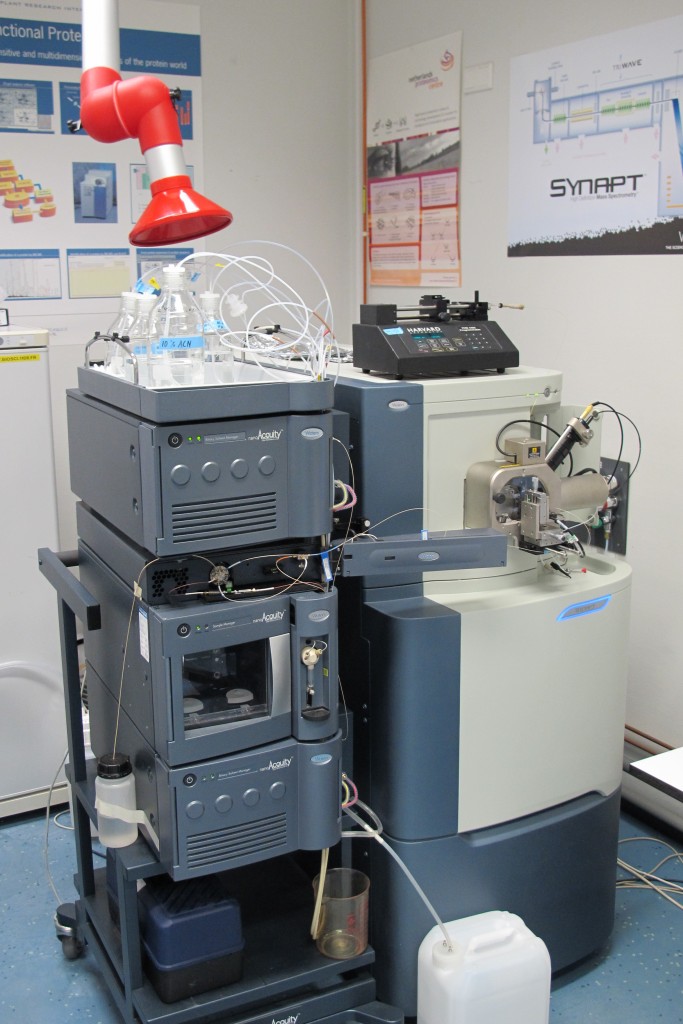 We are not the only proteomics lab in the Netherlands. However, we are among the oldest with longstanding expertise in quantitative high-resolution LC-MS. We operate as a contract research organisation, which involves customer oriented project-based services. At the same time we are closely linked to an academic research environment, which requires innovative state-of-the-art infrastructure in order to enable front-line research.
Our proteomics facility is exceptional in the sense that we have closely related state-of-the-art genomics, metabolomics, next-gen sequencing and bioinformatics facilities present in the same department.

As proteomics hotel facility we have hosted more than 15 projects (plus follow up projects) .
Most of these projects have resulted in scientific publications:

• Using the receptor-like protein (RLP) Cf-4 of tomato as a bait in an immune purification experiment to search for interacting proteins we detected by LC-MS two receptor-like kinsases (RLKs) called SOBIR1 and SOBIR1-like. These RLKs turned out to have an essential role in the signalling pathway leading to plant defense against Cladosporium fulvum and Verticillum dahliae. These findings provide new leads for breeding crops with an improved defense against diseases caused by pathogenic microbes.
In a related study on the resistance of tomato plants against the plant-parasitic nematode Globodera rostochiensis we identified the effector GR-VAP1 (venom-allergen-like protein) in collected stylet secretions. Further research demonstrated that GR-VAP1, although it shows no sequence similarity with the effector Avr2 of C. fulvum, can activate Cf-2 mediated resistance to the nematode in tomato plants.
Receptor-like kinase SOBIR1/EVR interacts with receptor-like proteins in plant immunity against fungal infection; Liebrand, T.W.H., van den Berg, G.C.M., Zhang, Z., Smit, P., Cordewener, J.H.G., America, A.H.P.; Sklenar, J., Jones, A.M.E., Tameling, W.I.L., Robatzek, S., Thomma, B.P.H.J., Joosten, M.H.A.J.; PNAS 2013 ; published ahead of print May 28, 2013.

• Cytosolic ribosomes are among the largest multi subunit complexes known in (plant) cells, consisting of about 80 different r-proteins that each are encoded by 2-6 genes in Arabidopsis. It was a major challenge to determine with LC-MS the protein composition of actively translating ribosomes in leave tissue of A. thaliana. Comparative LC-MS analysis of immune-purified ribosomes revealed quantitative changes in the ribosomal composition in response to sucrose feeding. This was the first report on plant ribosome quantitative proteomics and riboproteome adaptation to changing growth conditions.

• At HAL Allergy (Leiden) crude protein extracts from natural sources such as pollen and mites are used as starting material to produce allergy vaccines. During the processing the allergens are chemically modified with aldehyde (cross-linking), followed by adsorption onto aluminium hydroxide to obtain the final vaccine PURETHAL. For registration purposes the vaccines have to be characterised well, as the quality of allergen products is a key issue for both diagnosis and therapy. Standardization of allergen extracts is thus of primary importance to improve their quality. It is not possible to measure the major allergen Bet v1 in a vaccine developed for pollen allergy by methods based on monoclonal antibodies (e.g. ELISA) once the allergens have been modified to decrease their allergenicity. Therefore, we developed a high-throughput MRM based method to quantify the various isoforms of Bet v1 in both the cross-linked and adsorbed allergen products using synthetic peptides for calibration and absolute quantification.
Characterization of PR-10 genes from eight Betula species and detection of Bet v 1 isoforms in birch pollen; MF Schenk, JHG Cordewener, AHP America, WPC van ‘t Westende, MJM Smulders and LJWJ Gilissen; BMC Plant Biology 9 2009, 24

For all these projects we have performed the MS and MRM analysis and have supported the data analysis. Biological interpretation and follow-up experiments were performed by the “hotel guests”

In a EU project called Fuel4me we perform fundamental proteomics research on the metabolism and biochemical aspects of lipid formation in microalgae (Phaeodactylum tricornutum). The proteomics data will be coupled to transcriptome and metabolome analyses to generate fundamental insight in the mechanisms underlying lipid accumulation in microalgae. The ultimate aim of the project is to develop a sustainable, scalable process for biofuels at an industrial scale.

We have been part of:
• CBSG 1 and 2
• NPC 1 and 2, as technology development, as well as hotel facility.
• NBIC /NPC2 “Gaining momentum bioinformatics in proteomics”
• EU-COST FA603 “Plant Proteomics in Europe”, member of Executive committee.
• Netherlands Proteomics Platform (NPP), board member since the start in 2002. 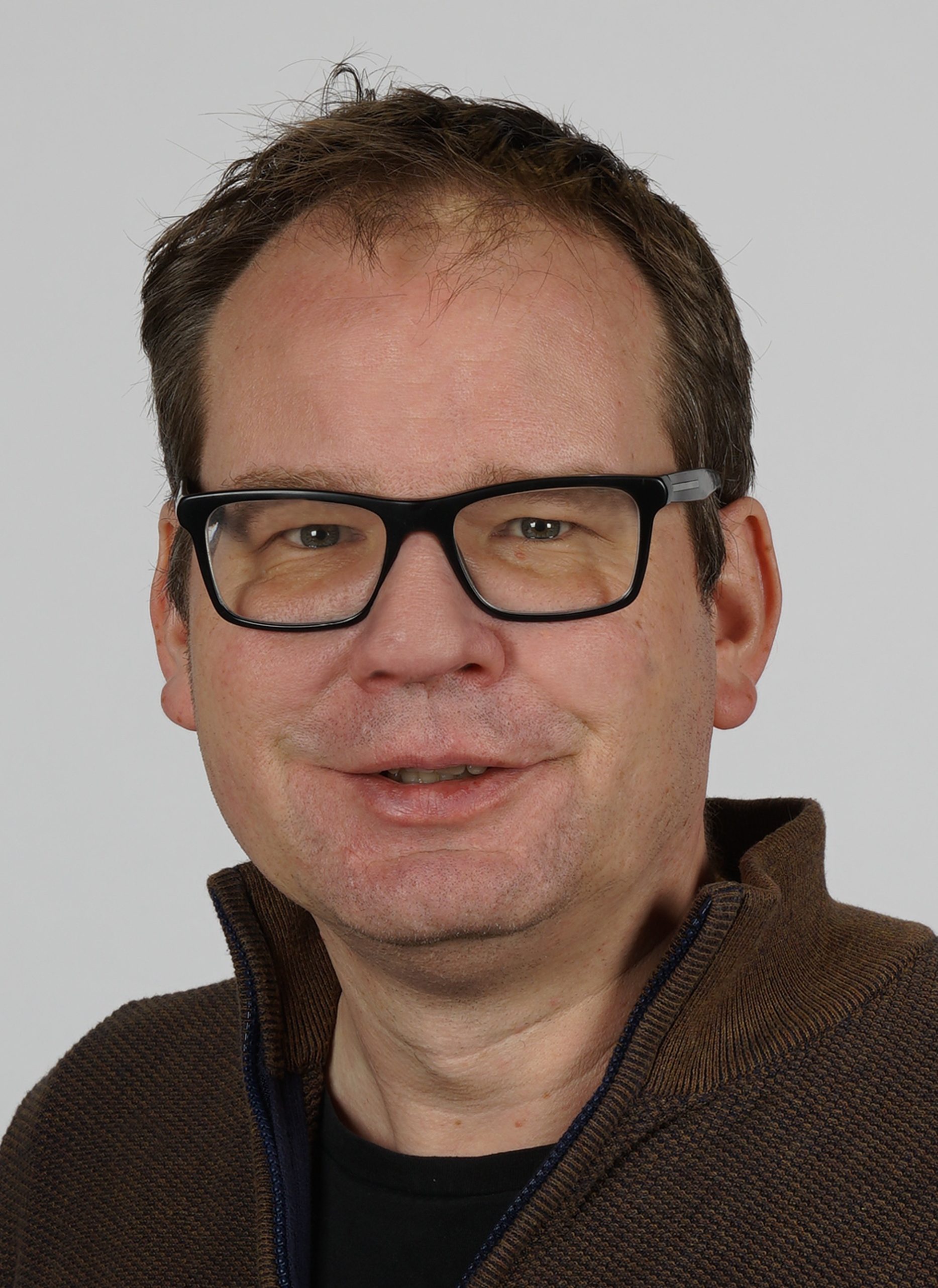